YES!!! I enjoyed a gig performed by COSMOSQUAD. I AM a big fan of Shane Gaalaas, a member of this band. He also plays the drums for B’z.

I had had a vision of the gig and, for some reason, a huge eye in cosmos during meditation since 2 or 3 months.

The show was so impressing, energetic, and a blast. All of them loves what they do. We could tell how much they were enjoying their work.

Unexpectedly, I was able to shake hands with Shane and Kevin as well as getting signature from each member after the gig. From Shane, I had a impression of his great efforts. How hard has he practiced playing the drums for many decades!!! His right hand was very rough and hard due to callus.  From Kevin, to my surprise, his energy was quite tender and very gentle.

It was first time to gratitude the fact that I have a body. Without it, I wouldn’t be able to touch or feel their hands. To have body is a special award.

The huge eye in cosmos during meditation stands for their new CD. Seeing its design, I finally understood.

I am looking forward to see them again!!! It was such an awesome experience \(//∇//)\ 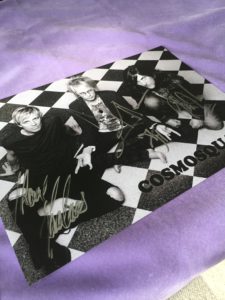 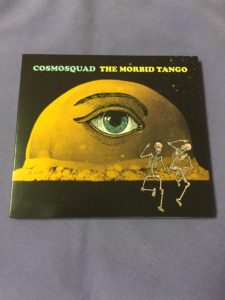